How to find a program, qualify, and what it will cost.

When picking a college, questions arise as to where you will go, what will it cost, do I qualify? Many people don’t think about the unique experience of going to college in a different country.

The best part is studying overseas may even be more affordable than studying in the United States. It’s the ultimate way to broaden your horizons far from home. You’ll learn about new cultures and encounter diverse perspectives. You’ll also gain a global perspective, and your time abroad could help your resumé stand out to future employers.

Picking a college in another country:

Many colleges offer free college in Europe. Germany no longer charges tuition fees for students, German and international alike. Thanks to its tuition-free policy, more American students study in Germany every year.

Iceland is another country that does not charge tuition fees for locals or international students who attend public universities. There is a small registration or an administration fee. For example, the University of Iceland charges a registration fee of around $600 USD per year.

While Iceland has seven universities, the University of Iceland is the only one to offer bachelor’s degree programs (only two of which are options for English-speaking students). Like many other European countries, Iceland is an expensive place to live. Housing costs start around $800 USD per month. Food will set you back an average of $400 USD per month or more.

Norway’s public universities are tuition-free for international students and local residents. You may have to pay a small semester fee, but you won’t spend anything on tuition. Norway has 22 state colleges and universities, including the University of Oslo, which is ranked No. 131 on the Times Higher Education 2020 world rankings. Norway has a very high cost of living. The average student budget is more than $1,300 USD a month.

Besides Germany, Iceland, and Norway with free college tuition, there are several other countries with exceptionally low tuition costs. In Austria, American students pay around $800 USD each semester. Schools in the country include the University of Vienna. Some programs at Austrian colleges and universities are in German, but you can find several that are taught entirely in English. The cost of living in Austria is generally higher than in the United States.

In France, many French schools teach programs in English France’s public universities have some of the lowest tuition fees, and some schools have waiver programs that bring costs down for international students to costs comparable to those paid by students from countries in the EU. In France, finding a relatively affordable housing option will be more difficult. If you are further from the college, your transportation cost may increase.

In Spain, public universities average between $700 USD and $2,300 USD a year. Many programs are in Spanish, but there are English programs as well. The cost to live in Spain varies widely depending on where you’re studying and the lifestyle you choose.

If you speak multiple languages, some countries will offer tuition-free college, and it will be easier for you to pick what you want to do.

Why choose a college overseas:

The appeal is likely to be a combination of gaining a high-quality education, experiencing immersion in a new culture, often a second language, and gaining a global mindset for future employment prospects. Studying abroad is exciting and gives you a world view of how other countries function as a whole from culture to business. You will also likely graduate from college free of student loan debt.

Steps to choosing a college overseas: 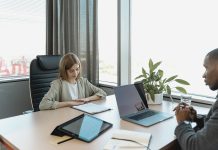 Billie Eilish Gives the Same Interview 5 Years in a Row

Evaluating the Cost of Online School vs. In-Person